Go to content Go to Search Go to accessibility report

Siri Aurdal attracted a lot of attention with her sculpture Onda Volante in the Nordic Pavilion at the 57th Venice Bienniale. The curator of the group exhibition Mirrored was Mats Stjernstedt, director of Malmö Konsthall. This summer the sculpture from the Nordic Pavilion will be shown in Malmö Konsthall along with a set of newly produced sculptures. These works constitute the first additions in over 30 years to a sculpture series that Siri Aurdal introduced in 1969, in her breakthrough exhibition Surroundings at Kunstnernes Hus, Oslo.

In this series of sculptures, Siri Aurdal staged a radical idea of modular use, of a sculpture system that is undergoing reconstruction. She combined this with radical notions concerning the relationships of art to architecture and to viewers, along with knowledge of the social context provided by the artwork. At this time, Aurdal was highly influenced by ideas and movements she had encountered during her travels through Europe in the early 60s.

Malmö Konsthall will also be showing Interview (1968–2018), which has been rebuilt specifically for the open gallery space. For the presentation in Malmö, the work has been reinforced, and combined with Conversation (2018). The two works are made from transparent, tinted plexiglass, which leads the viewers through a dissolved architecture between hanging mobiles in labyrinthine formations.

This choice of experimenting with new industrial materials–plexiglass and a kind of reinforced fibreglass-coated polyester, the latter produced for the Norwegian oil industry at the end of the 60s–is characteristic of Aurdal’s work at that time. The attention that Siri Aurdal’s participation in the Nordic Pavilion at the Venice Biennale received marked her arrival on the international stage. It was a confirmation that she is returning to work as an artist after a prolonged hiatus, a return that began when some initial, vital steps were taken in Oslo between 2013 and 2016.

Like Siri Aurdal’s work in general, the title of the exhibition, Continuum, suggests that a constant change is possible. The potential for change is determined by spatial conditions, by the opportunities and limitations presented by the architecture. Siri Aurdal’s intention of combining formal and geometrical decisions with social interaction was a unique approach in the Scandinavian art scene of the late 60s. Her ideas represented significant progress, and after a time of absence, they have returned to continue influencing people and being experienced by them. 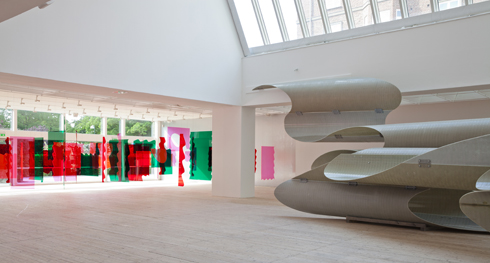 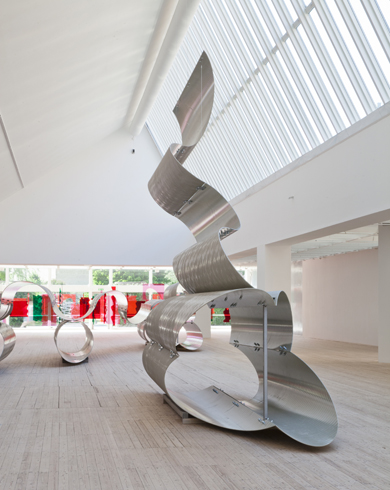 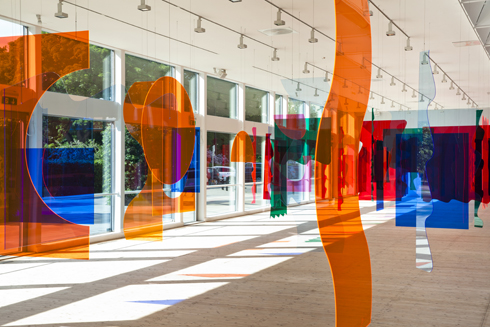 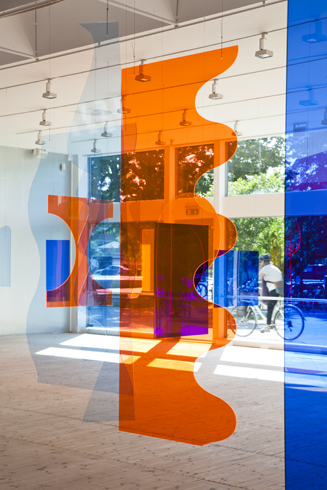 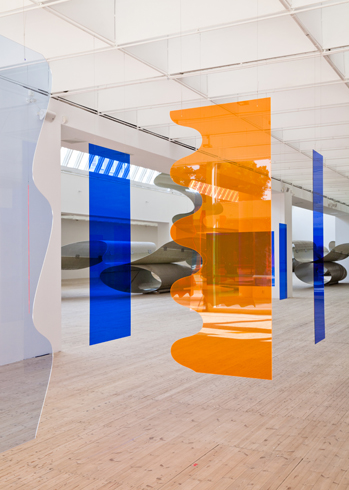